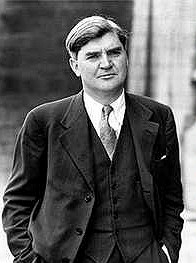 Politician. Born at 32 Charles Street, Tredegar, Wales. Known as Nye. He began work in the coal mines at the age of 13, becoming Chairman of the Miners' Lodge, leading them in the general strike of 1926. He entered parliament in 1929, and was Minister of Health in the Attlee government of 1945, where he introduced the National Health Service. He was appointed Minister of Labour in 1951, but resigned over proposed prescription charges in the budget. Married to Jennie Lee. Died at his home Asheridge Farm, Chesham.

This section lists the memorials where the subject on this page is commemorated:
Aneurin Bevan

This section lists the memorials created by the subject on this page:
Aneurin Bevan

Engineer and politician.  Born Derby.  He saw the potential of refrigeration ...