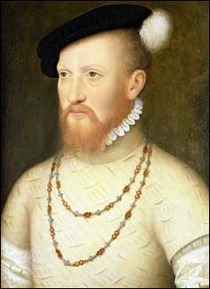 Brother of Jane Seymour, Henry VIII's third wife, he was honoured by the king on the marriage and remained in favour after Jane's death, following childbirth. On Henry's death, the king's only son, Edward born of Jane, inherited the crown but was only 9 years old so a council was set up to advise him, with his uncle, Somerset, at its head as the Lord Protector of the Realm. The rest of the Council grew unhappy with Somerset's rule and eventually overthrew him and had him beheaded on Tower Hill.

This section lists the memorials where the subject on this page is commemorated:
Edward Seymour, Duke of Somerset

men &women of Uxbridge persecuted in their Christian faith

Born Bath, of royal blood, she survived the Wars of the Roses and was trusted...