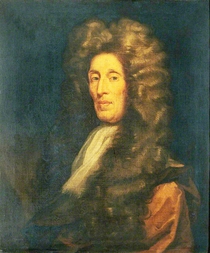 Apothecary. Born in Köthen (Anhalt). Also known as Ambrose Godfrey-Hanckwitz and Gottfried Hankwitz or Hanckewitz. In 1679 he travelled to London and became an assistant to Robert Boyle. They worked on the production of phosphorus, and eventually succeeded in this by boiling human urine down to a residue, and then heating it to give off the gas. Godfrey produced both a solid and liquid form of phosphorus and developed a successful business selling it in Britain and in Europe. On his death his oldest son, Boyle Godfrey, took over the business.

This section lists the memorials where the subject on this page is commemorated:
Ambrose Godfrey