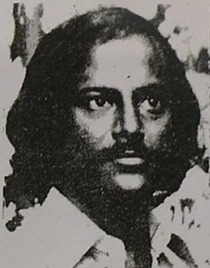 25-year-old Bengali murdered in Adler Street, junction Whitechapel High Street, in a racist attack by three teenage boys. Altab Ali was on his way home to Wapping from a small factory just off Brick Lane where he worked as a clothing machinist. The National Front were contesting 41 Tower Hamlets seats in local elections taking place on that day. This attack was a turning point for the Bangladeshi community who mobilised, demonstrated and organised resistance against the National Front and the British National Party.

Statesman. Harley Street was named after him. Responsible for the creation o...