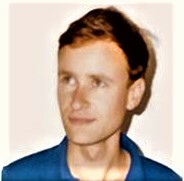 Our Picture Source gives much details of his life and the ChronicleLive website informs that he was travelling to see his parents who were in America when he died, aged 29 years, on 21 December 1988. He was on board Pan AM Flight 103 flying from London (Heathrow) Airport to John F. Kennedy International Airport, New York City, when it exploded over Lockerbie, Dumfries and Galloway, Scotland.

The Fatal Accident Enquiry Report shows that his home address had been 30 Sutton Square, Urswick Street, London, E9 6EQ. His body was cremated on 13 January 1989 in the Kensington & Chelsea area.

He is also commemorated on both the Memorial to all the Victims and the memorial cairn in Arlington National Cemetery, 1 Memorial Avenue, Arlington, Arlington County, Virginia, USA.

This section lists the memorials where the subject on this page is commemorated:
Alistair David Berkley

Architect active in the late 1800s.