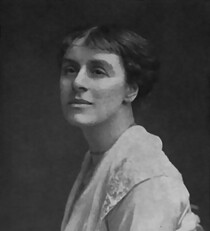 Agnes Maude Royden CH, later known as Maude Royden-Shaw, was an English preacher, suffragist and campaigner for the ordination of women.

Born Liverpool to a shipowner. 1931 first woman to become a Doctor of Divinity in Britain. She joined the Peace Pledge Union but later renounced pacifism, believing Nazism to be a greater evil than war. On 2 October 1944, she married the recently widowed priest Hudson Shaw (one-time vicar of St Botolph without Bishopsgate) whom she had loved for more than forty years; he was then aged 85 and died that same year on 30 November. Died at home in Hampstead.

This section lists the memorials where the subject on this page is commemorated:
Agnes Maude Royden