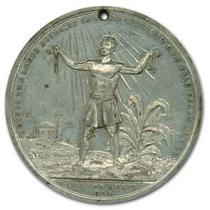 The British abolition of slavery came in two parts: first the Abolition of the Slave Trade Act became law on 25 March 1807, which left slavery itself still permitted until the Slavery Abolition Act of 1833 which caused all slaves in the British Empire to be emancipated on 1 August 1834. The slaves in India and Ceylon were not freed until Britain took over from the East India Company in 1843.

Compensation was paid, but to the owners, not the slaves. Meticulous records were kept and have been analysed at Legacies of British Slave-ownership.

This section lists the memorials where the subject on this page is commemorated:
Abolition of slavery