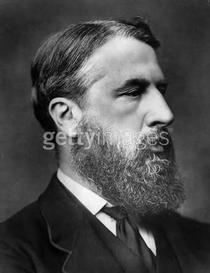 Statesman. Born Lancashire. Previously known as the Marquess of Hartington, or in the gossip columns as Harty-Tarty. Close friend of Edward VII. Had a serious affair with Skittles in 1859 - 1863 and then for 30 years with Louise Montagu, Duchess of Manchester. They eventually married a respectable 2 years after the death of her husband the Duke. Minister of War and partly responsible for sending General Gordon to Khartoum and the consequences of the siege. Died at the Hotel Metropol in Cannes, on his way back from wintering in Egypt.
There is another statue of the Duke in the Carpet Gardens at Eastbourne where he was mayor 1897 - 1898.

This section lists the memorials where the subject on this page is commemorated:
8th Duke of Devonshire, Spencer Compton