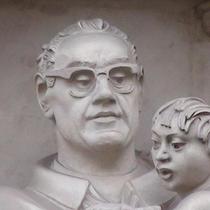 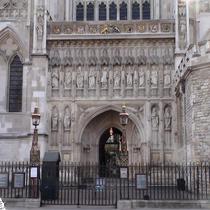 This section lists the subjects commemorated on the memorial on this page:
Westminster Abbey F - Oscar Romero

This section lists the subjects who helped to create/erect the memorial on this page:
Westminster Abbey F - Oscar Romero

This section lists the other memorials at the same location as the memorial on this page:
Westminster Abbey F - Oscar Romero

This is at the base of the Victoria Tower above the Sovereign's Entrance.