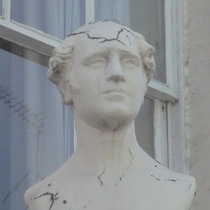 This section lists the other memorials at the same location as the memorial on this page:
Unknown bust 1

{The front of the stone plinth is inscribed:} Hunter {On a plaque attached t...