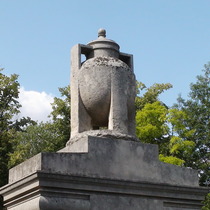 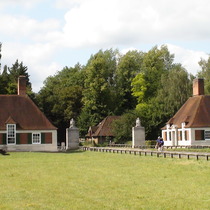 In perpetual memory of Urban Hanlon Broughton, 1857 – 1929, of Park Close, Englefield Green in the County of Surrey, sometime Member of Parliament, these meadows of historic interest on 18th December 1929 were gladly offered to the nation by his widow Cara Lady Fairhaven and his sons Huttleston Lord Fairhaven and Henry Broughton.

This section lists the subjects commemorated on the memorial on this page:
U. H. Broughton pier - north

Born in Fairhaven, Massachusetts, her father, Henry Huttleston Rogers, being ...

Engineer who married money and then made lots more.  Born England. Studied ci...

Known as Huttleston (and he sometimes spelt this as Huddleston - tut, these t...

This section lists the subjects who helped to create/erect the memorial on this page:
U. H. Broughton pier - north

This section lists the other memorials at the same location as the memorial on this page:
U. H. Broughton pier - north