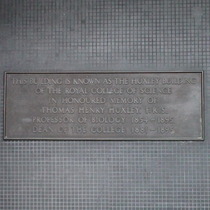 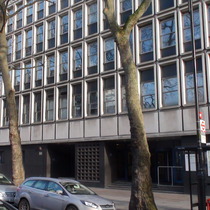 This section lists the subjects commemorated on the memorial on this page:
Thomas Huxley - SW7

This section lists the subjects who helped to create/erect the memorial on this page:
Thomas Huxley - SW7

A small plaque to the right of the lower plaque reads 'Renovated 1974 London ...