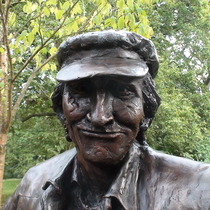 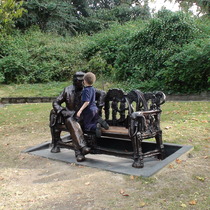 This section lists the subjects commemorated on the memorial on this page:
Spike Milligan statue

This section lists the subjects who helped to create/erect the memorial on this page:
Spike Milligan statue

This section lists the other memorials at the same location as the memorial on this page:
Spike Milligan statue

{On marble plaque on floor at his feet:} James Wilson, manufacturer, economis...

This statue was erected by the parishioners to commemorate the Episcopal Silv...