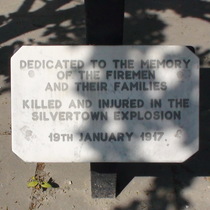 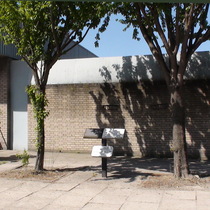 Dedicated to the memory of the firemen and their families killed and injured in the Silvertown explosion. 19th January 1917.

This section lists the subjects commemorated on the memorial on this page:
Silvertown explosion - firemen

At least two firemen from the Silvertown Fire Station responded to the fire a...

This section lists the other memorials at the same location as the memorial on this page:
Silvertown explosion - firemen