(lost) Residents of Ferdinand Place who died in WW1 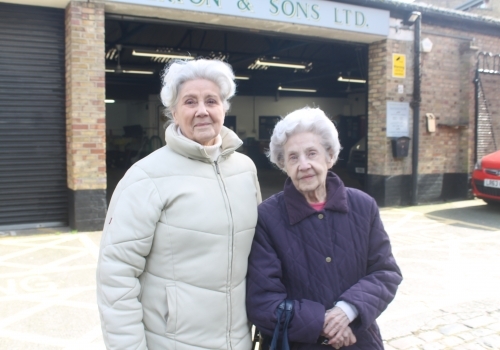 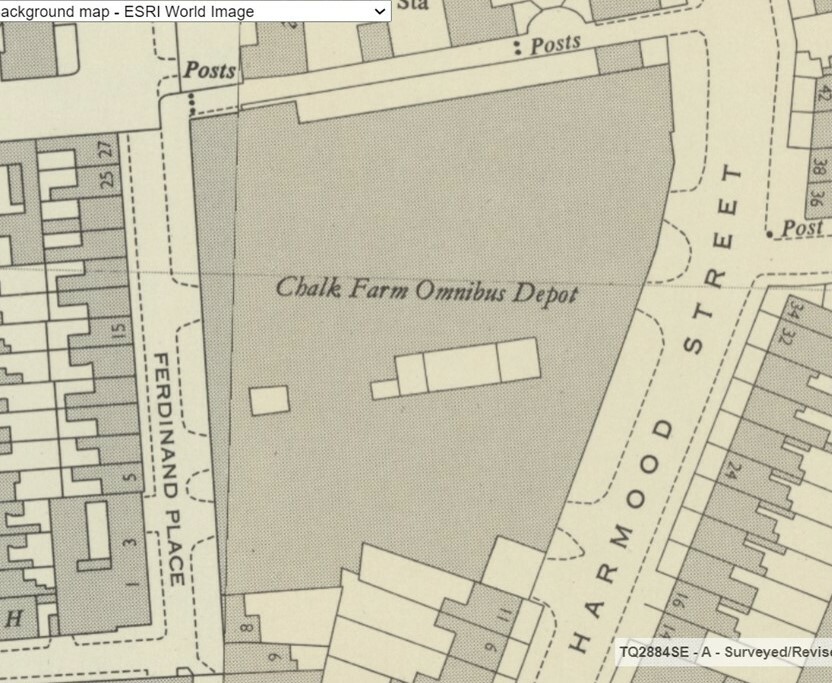 Robert Davies and his mother Christine, one of the Thomas grand-daughters, told us that the plaque was black, made in cast iron with the names in white, and with a small alcove where they put flowers, marigolds from the garden. She says that the section of wall it was on has been demolished and replaced with driveway entrances to the premises of Leverton and Sons, Funeral Directors. The plaque commemorated the residents of Ferdinand Place who went to war and never returned.

Site: Residents of Ferdinand Place who died in WW1 (1 memorial)

We read a report in the Camden New Journal of 13 March 2014 (link now dead) about a WW1 plaque erected on a wall in Ferdinand Place but last seen in the 1960s. The two grand-daughters of Joseph James Thomas, one of the names on the memorial, were reported as wanting to know where it was. The plaque was described as having been on the rear wall of the Chalk Farm bus garage, now demolished, so we mistakenly assumed it commemorated the men who worked there, and we published.  Since then we have learnt more about this Ferdinand Place plaque and also about plaques at the bus garage.

From the CNJ, before the link died, we captured this photo of the grand-daughters standing in front of where the wall with the plaque used to be.

This 1952 OS map extract shows Ferdinand Place to the left, behind the "omnibus depot". Thomas lived at number 23 Ferdinand Place, that's 3 houses from the top of the road, and the plaque was at the other end opposite number 1, presumably immediately north of the buildings numbered 6 and 8, which suggests it was on a section of the wall still standing, rather than on the section replaced by the Levertons building.

We visited the site in September 2021 and examined the wall, hoping to find fixing holes left by the memorial but, as can be seen on Google Streetview, parts of the wall have been remade at some point and it's not possible to 'read' the bricks as we had hoped.

We also wrote to Levertons asking if they had any information. Clive Leverton kindly replied: "I started work at Levertons in 1959 but I am afraid that I cannot help you regarding the plaque. We built our current premises in Ferdinand Place in 1966 next to the then existing Bus depot, but I have no recollection of seeing a plaque on its wall."

This section lists the subjects commemorated on the memorial on this page:
Residents of Ferdinand Place who died in WW1

In the London Regiment of the Royal Fusiliers and killed at the battle of Pas... 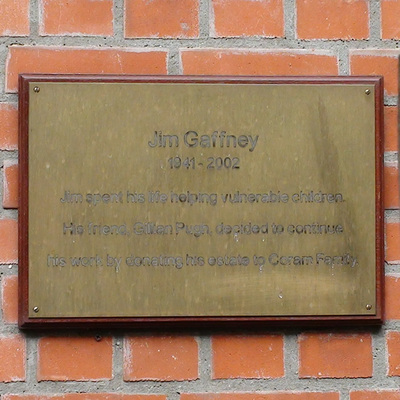 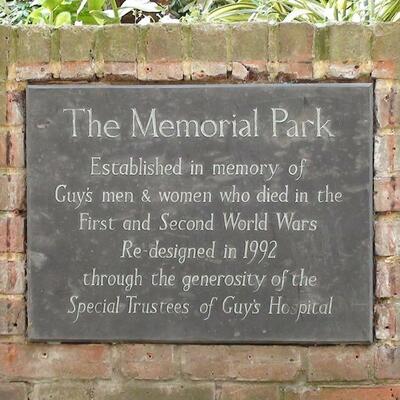 You can see that there used to be another plaque fixed to this wall. Let's hope it was a cheap temporary thing removed when this rather n... 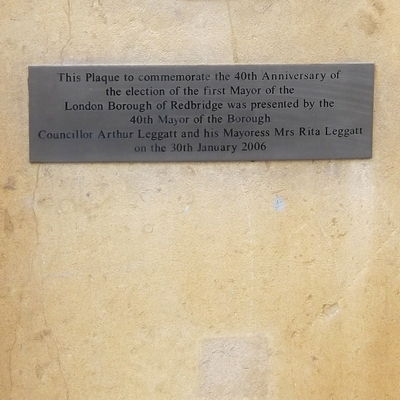 The two plaques can be seen in our photo, on the left of the portico. 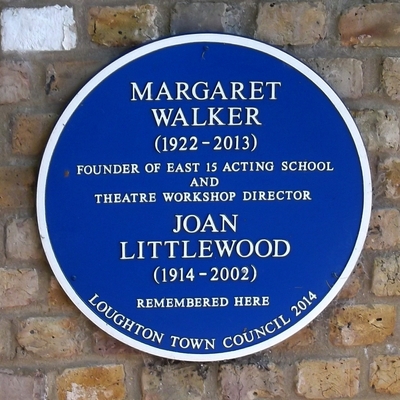 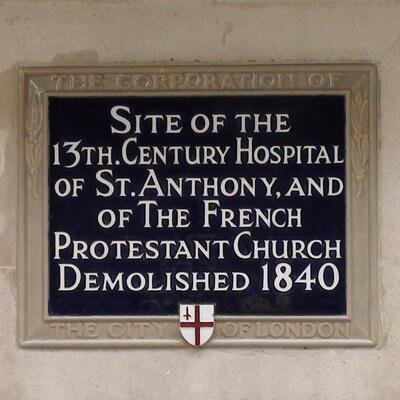 Site of the 13th century Hospital of St Anthony and of the French Protestant Church, demolished 1840. The Corporation of the City of London