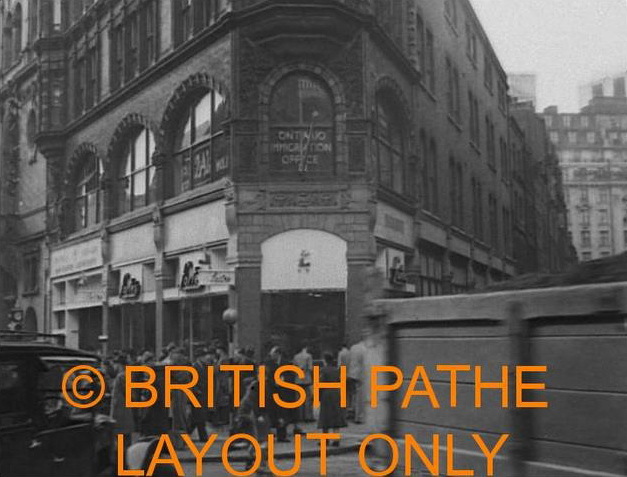 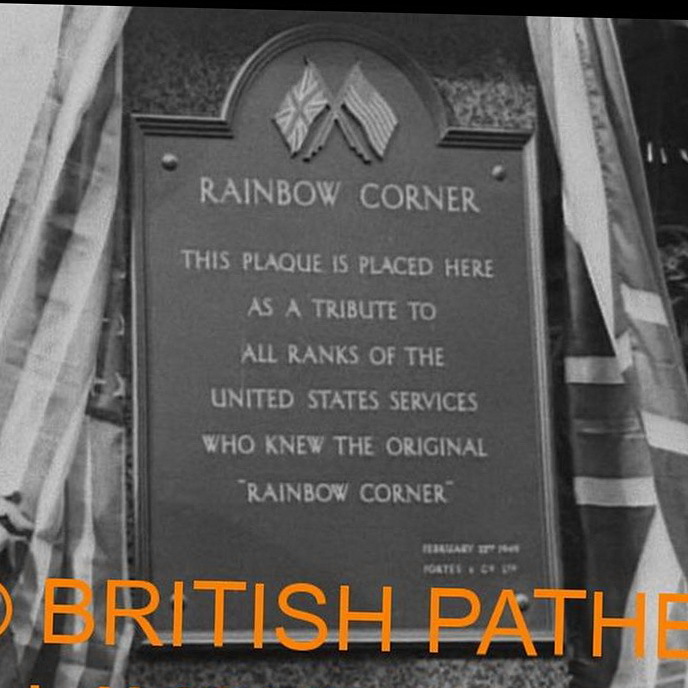 RAINBOW CORNER
This plaque is placed here as a tribute to all ranks of the United States who knew the original "Rainbow Corner".

We thank Jamie Davis for finding this link to the British Pathe news film of the unveiling and this Newspaper Archive report from the North Adams Transcript of 22 Feburary 1949: “Former American troops have a 'Rainbow Corner' to come back to in London.  The American Red Cross club where millions of American GIs relaxed off-duty is being reopened as a British-run glorified milk bar – American style.  American Minister Julius Holmes, a wartime brigadier general on General Eisenhower’s staff, unveiled a bronze plaque on the site today.  It is dedicated to the 8,000,000 troops who passed through the doors of 'Rainbow Corner'. “

That makes it pretty clear that the erection of the plaque was a publicity stunt to advertise the milk bar.  We don't know how successful this was but the buildings were all gone by 1963.  2014 and we read that at this address Jamie Oliver's new venture, Jamie's Diner, is serving American style hot dogs, shakes, salads and fries.  Coincidence or does he know the history?

Go to our page for Rainbow Corner itself (top right) and see there the British Pathe footage of the joyful closing party.

Credit for this entry to: Jamie Davis

This section lists the subjects commemorated on the memorial on this page:
Rainbow Corner 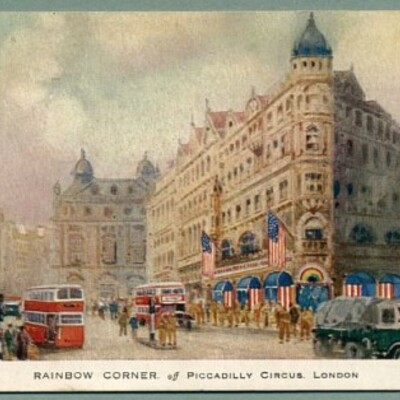 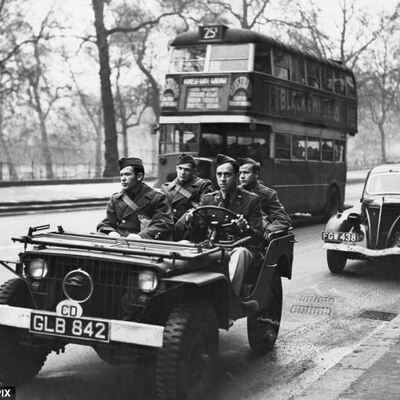 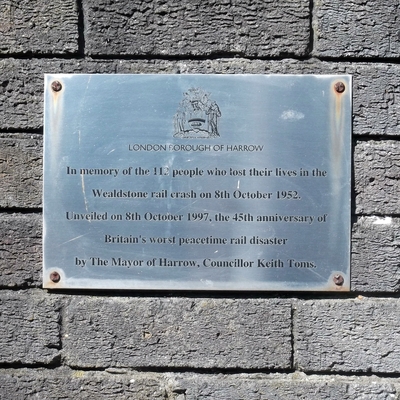 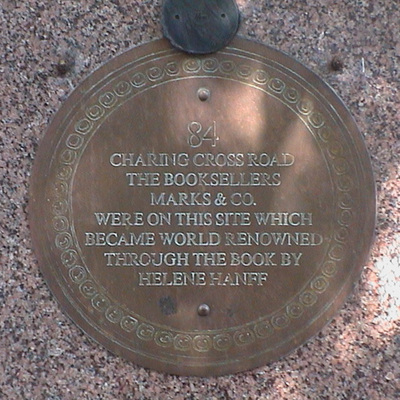 84 Charing Cross Road. The booksellers Marks &amp; Co. were on this site which became world renowned through the book by Helene Hanff. 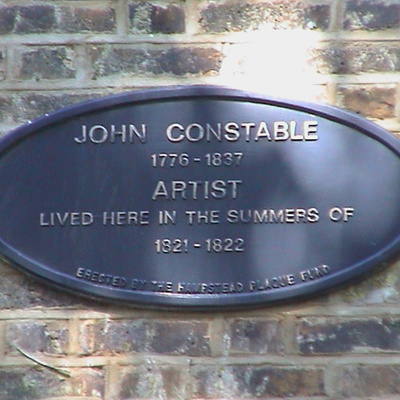 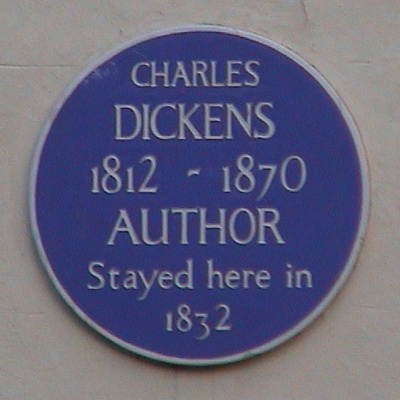 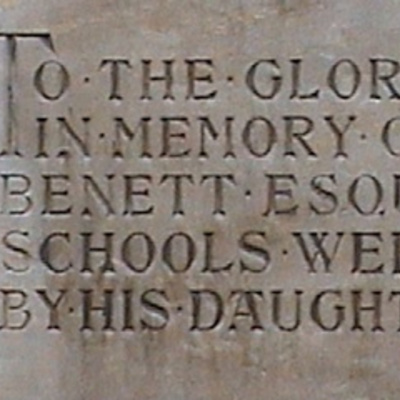 To the glory of God &amp; in memory of William Benett, Esquire, these schools were erected by his daughter, AD 1863.