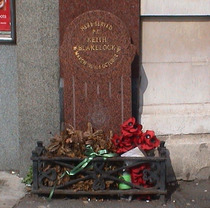 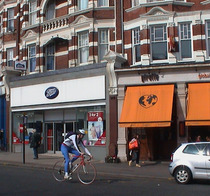 This memorial used to be at the police station where PC Blakelock served, nearby at 115 Fortis Green, but when that was closed the memorial was relocated here. That station also apparently contained a memorial to PC Nat Edgar, who was shot in 1948 but we have no information as to its whereabouts.

This section lists the subjects commemorated on the memorial on this page:
PC Keith Blakelock

Beaten and stabbed to death by a mob during large scale rioting. Posthumously...

This section lists the subjects who helped to create/erect the memorial on this page:
PC Keith Blakelock