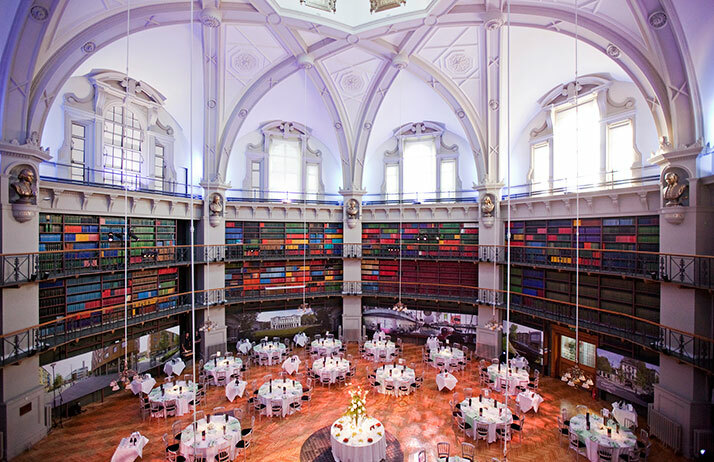 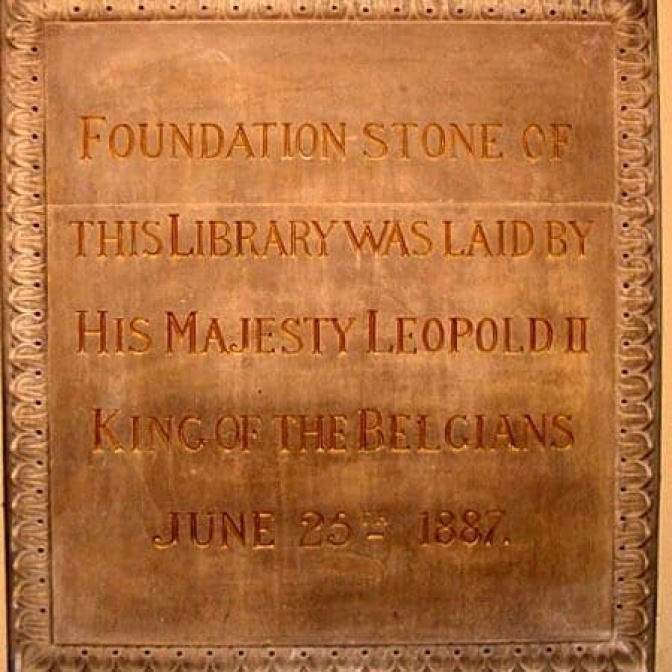 Foundation stone of this library was laid by His Majesty Leopold II King of the Belgians, June 25th 1887.

December 2016: The Mail, The Telegraph and the Brussels Times all report on the removal of a foundation plaque at Queen Mary's.

In April 1887 King Leopold II of Belgium visited and unveiled a plaque (of which we have found no image) at the Queen Mary Octagon Library commemorating his visit. The Mail says that this plaque “states that it was unveiled by the Belgian ambassador on behalf of the king” which calls into question whether the King was actually present. That was April. Then in May Queen Victoria opened the People's Palace. Leopold returned in June to unveil the foundation stone (see image) for the Library.

During 2016 a number of campaigns demanded the removal of specific statues etc. that glorified people now seen as less than exemplary, such as Cecil Rhodes. One such campaign was started by Queen Mary’s Pan-African Society calling for both these plaques to be removed. The college authorities responded quickly and in June 2016 both plaques were removed to archive.

The Telegraph quotes: “Emma Bull, director of student services at the university, told the leaders of the student protest at the time: ‘Queen Mary University has no historical ties with King Leopold, other than he visited Mile End in April 1887, and then returned to lay the Foundation Stone in June 1887.  The size and prominence of these inscriptions suggested a strength of association that was never the case, and as such the decision was taken to remove both from view.’ ”

Interesting that, as far as we can tell, this item of news did not get reported until mid December 2016, 6 months after the removal.

Our photo of the plaque comes from the Telegraph, and that of the library comes from Queen Mary's hospitality site - we can see a plaque low down, over on the left but can't confirm if it's one of the plaques now removed.

This section lists the subjects who helped to create/erect the memorial on this page:
King Leopold II of Belgium 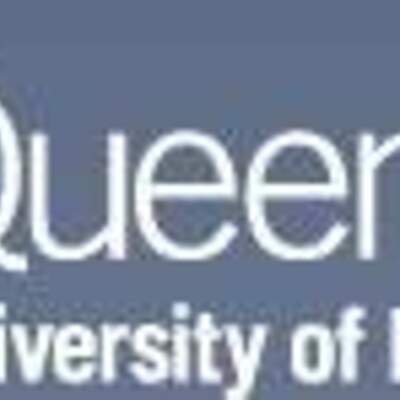 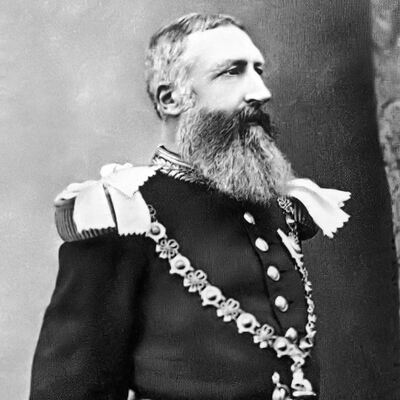 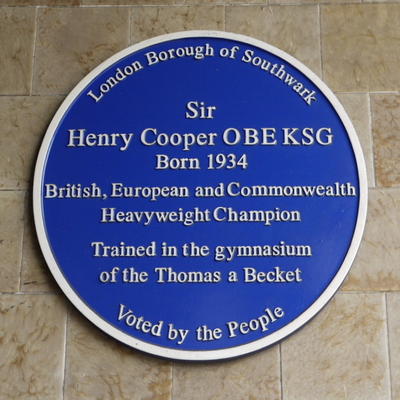 We failed to find this plaque in Dec-Jan 2017, but it is identical to that further south so see there for more details. 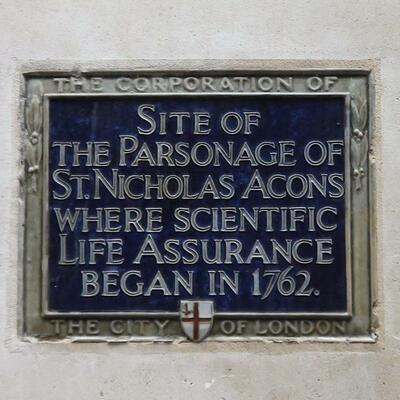 Site of the Parsonage of St Nicholas Acons where scientific life assurance began in 1762. The Corporation of the City of London 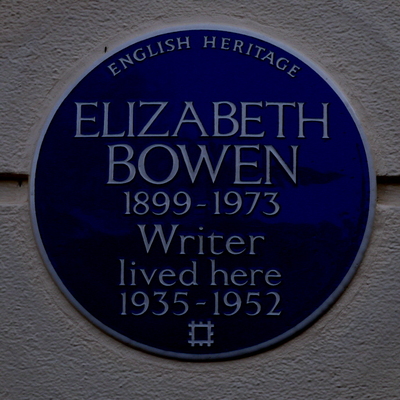 Regent's Park Lit details how Bowen set scenes in her novels in Regent's Park, which she could see out the window as she wrote. 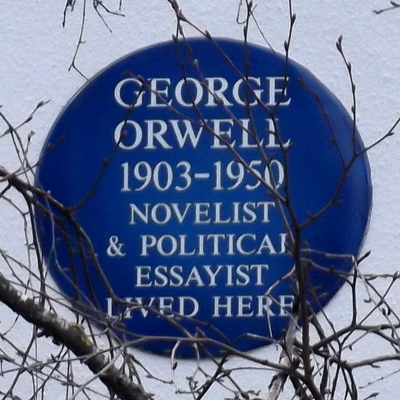 Orwell was in lodgings here for a brief period: from late 1927 to Spring 1928, when he moved to Paris.