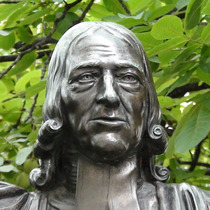 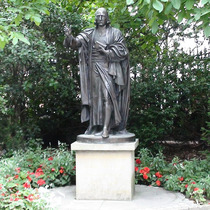 {On the front of the plinth:}
By Grace ye are saved through Faith
John Wesley, Father of Methodism, 1703 - 1791, priest, poet, teacher of the Faith.

{On a small plaque fixed to the back:}
Property of Aldersgate Trustees of the Methodist Church - 17 September 1988.

This section lists the subjects commemorated on the memorial on this page:
John Wesley statue - St Paul's

This section lists the subjects who helped to create/erect the memorial on this page:
John Wesley statue - St Paul's

The sculptor is elsewhere logged as James Alexander Stevenson but the niche g...