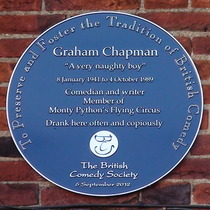 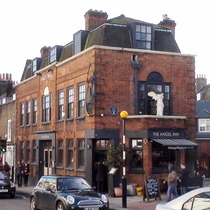 This section lists the subjects commemorated on the memorial on this page:
Graham Chapman

This section lists the subjects who helped to create/erect the memorial on this page:
Graham Chapman

This space, previously the car park of St. Joseph’s Church, was created by f...

{On the bronze plaque:}This clock tower was erected to commemorate the Diamon...