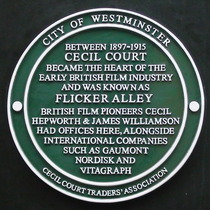 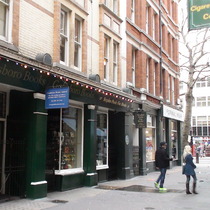 Simon Callow did the unveiling honours. There seems to be a battle going on in Wikipedia as to whether Gaumont or Nordisk were the first film company in the world.

For more information on this topic The London Project is a great resource.

This section lists the subjects commemorated on the memorial on this page:
Film industry

This section lists the subjects who helped to create/erect the memorial on this page:
Film industry

{Beneath a representation of the Victoria Cross medal:}Lance Corporal Harold ...

At the War Memorials Register we learn that, since we visited, laminated sign...