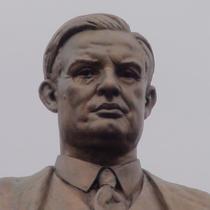 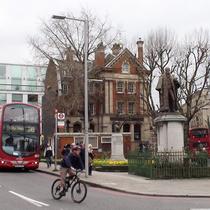 Unveiled by Bermondsey Mayor Geoghegan, Chairman of the statue committee. The committee secretary was Griggs. The list of Creators includes all the members of the committee, and the sculptor.

This section lists the subjects commemorated on the memorial on this page:
Ernest Bevin bust

This section lists the subjects who helped to create/erect the memorial on this page:
Ernest Bevin bust

This section lists the other memorials at the same location as the memorial on this page:
Ernest Bevin bust

{Carved on the front of the stone plinth:} Samuel Bourne Bevington VD, JP, 18...