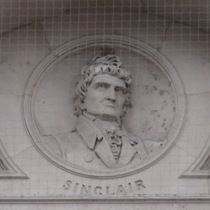 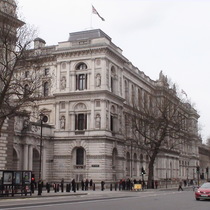 {On a plaque below the bust:} T. P. O'Connor, journalist &amp; parliamentaria...