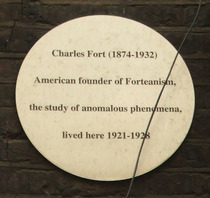 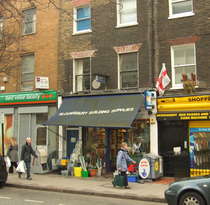 Credit for this entry to:
Matt Brown

Fort and his wife Anna lived in the first floor flat, conveniently close to the British Museum for his researches.

This section lists the subjects commemorated on the memorial on this page:
Charles Fort - silvery

This section lists the other memorials at the same location as the memorial on this page:
Charles Fort - silvery

A much less interesting circular plaque above this one reads: The restoratio...