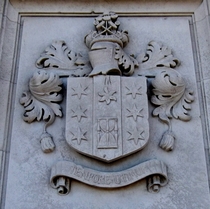 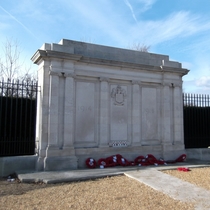 Bronze. The delightful dolphin spout is very similar to that at St Dunstan's....

We first photographed this memorial some time ago when it was in a very bad c...