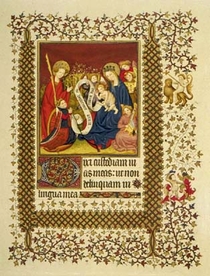 Photographer. Born at Woburn, where his father was a gate-keeper to the Duke of Bedford. At the age of 18 he came to London, and was employed in the Indian Court of the Great Exhibition of 1851. His interests in photography and lithography were encouraged by Dr John Forbes Watson, and he invented a photolithographic process, which greatly reduced the cost of copying colour works. He reproduced some of Prince Albert's drawings for Queen Victoria, and was thereafter given the glorious title of 'Chromolithographer to the Queen'. Died at Jaipur, Madeira Avenue, Worthing. Ironically we can't find a photograph of him, so our picture is one of the plates he produced for George Frederic Warner's Illuminated Manuscripts in the British Museum.

This section lists the memorials where the subject on this page is commemorated:
William Griggs

She was a former model, working as a photographic agent.