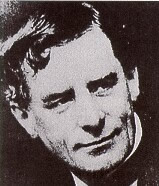 Considered the most influential English painter since Turner. Born Munich, eldest son of a Danish artist and French-educated English mother. His family moved to England when he was 8. Trained as an actor and worked, in supporting parts, with Ellen Terry and Henry Irving. While at the Slade School of Art he lived in Claremont Square. 1926 - 1934 he lived and worked at numerous addresses, mainly in Islington: 56 Noel Street (now Road), Southey Villa, 15 Quadrant Road (now Sickert Court) and 14 Barnsbury Park. Founding member of a number of artistic groups including the Camden Town Group. Gave lessons to Churchill.
Died at Bathampton.

One of his three wives was Ellen, daughter of Richard Cobden. He was an inveterate womaniser, dresser-up and all round eccentric. Thus in 2002 the crime author, Patricia Cornwall, fingered him as a suspect for "Jack the Ripper", despite him being abroad at the time. The Metropolitan Police website gives a page dedicated to Jack the Ripper suspects, but Sickert is not mentioned.
Another suspect has been Sir William Gull, Queen Victoria's personal physician. This story was started by a man calling himself Joseph Sickert and claiming to be Walter's son. He initially claimed that the painter had told him about Gull's crimes but later admitted to having invented the whole thing.

This section lists the memorials where the subject on this page is commemorated:
Walter Sickert 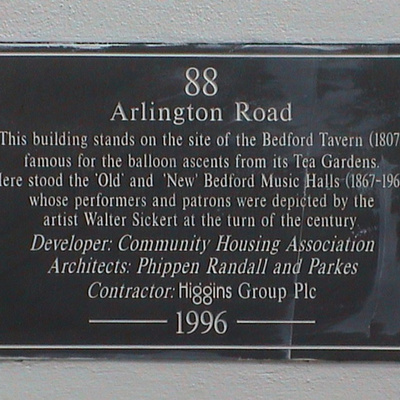 88 Arlington Road This building stands on the site of the Bedford Tavern (18... 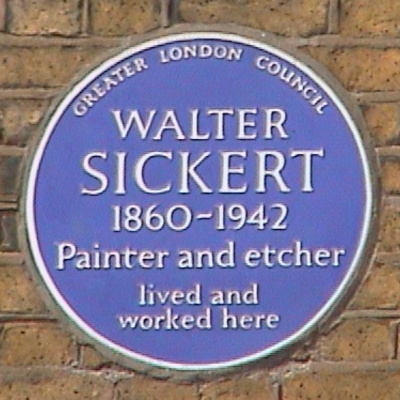 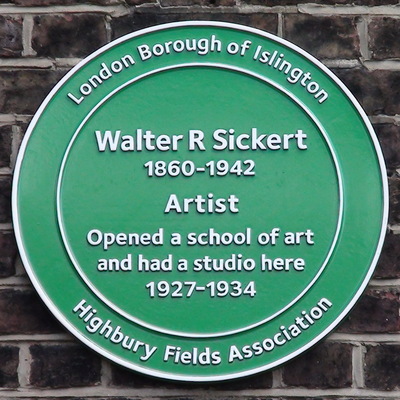 There has been a plaque on this building since at least 2000, commemorating S... 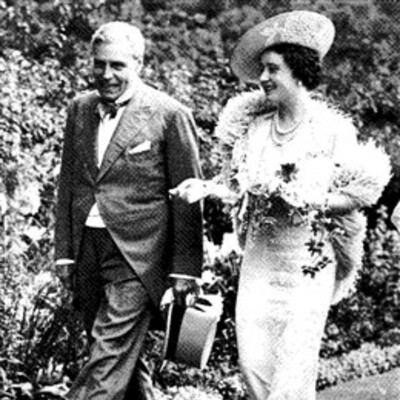 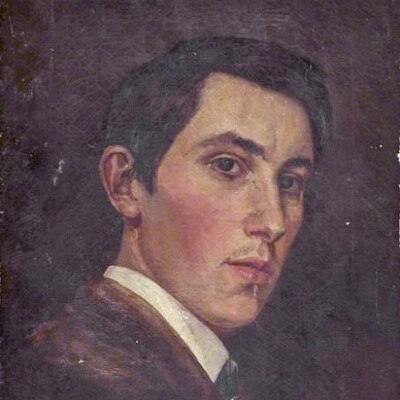 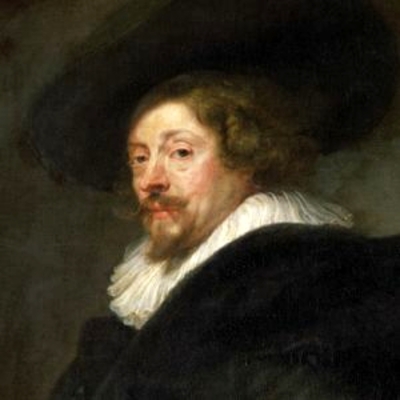 Artist and diplomat. Born in Siegen, Westphalia (modern day Germany). He studied art in Antwerp and Venice, and entered the service of Vincenzo Gonzago, Duke of Mantua, where he began a parallel ca...