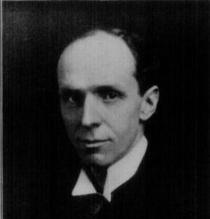 Politician and peace maker. Born Robert Cecil at 11 Duchess Street, Portland Place. Son of the Prime Minister, the Marquess of Salisbury. He practised civil law for several years before entering parliament in 1906. The claim of the plaque that he 'created' the League of Nations is generous. He circulated a memorandum in 1916 which he says was 'the first document from which sprang British official advocacy of the League of Nations'. He did however devote his public life to the cause until its demise in 1946. He was awarded the Nobel peace prize in 1937. Died at the Lonsdale Nursing Home, Tunbridge Wells, Kent.

This section lists the memorials where the subject on this page is commemorated:
Viscount Cecil of Chelwood

His Honour Judge Donald Michael Cryan was born on 18 January 1948 and his bir...

Mayor of Hammersmith 1946 - 49. Our colleague Andrew Behan has researched th...