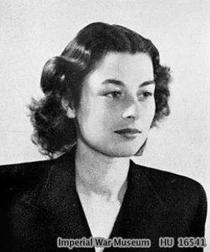 Men and women of Middle East Air Force Command who lost their lives in the Su...