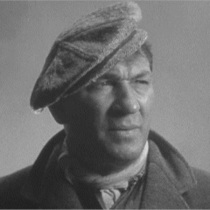 Boxer and film actor. Born as Victor Andrew D'Biere McLaglen in, according to him, Tunbridge Wells.  Brought up in South Africa. Joined the British army aged 14 and so was forced to leave. Went to Canada and became a boxer. Came back to England in WW1 and joined the army again. After the war he started acting in silent movies. Then he went to Hollywood where he became a popular character actor. Won the Best Actor Oscar for the 1935 The Informer. Died California as a naturalized US citizen. A number of his family were also in the acting profession and the director Andrew V. McLaglen was his son.

Bloomsbury people has an interesting page on McLaglen's early family life and there we learn that his father was not the respectable missionary cleric described by Victor and that  "Victor was born ... at number 505 Commercial Road ... although for the benefit of Hollywood he seems to have ‘upgraded’ his birthplace to the Royal spa town of Tunbridge Wells."

This section lists the memorials where the subject on this page is commemorated:
Victor McLaglen