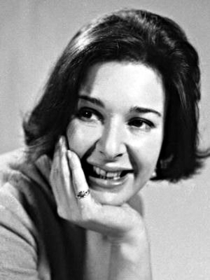 Television and film producer, Born Verity Ann Lambert at 63 Fitzjohns Avenue, Hampstead. She worked her way up through the television industry, and in 1963 was appointed as producer for the new television series, 'Doctor Who'. At that time she was the youngest and only female drama producer at the BBC. She went on to produce 'Adam Adamant Lives' before moving to Thames Television where her credits included 'The Naked Civil Servant', 'Rock Follies' and 'Minder'. Died at the Royal Marsden Hospital, Chelsea.

This section lists the memorials where the subject on this page is commemorated:
Verity Lambert

Comedian. Born as Michael James Bentin in Watford, Hertfordshire. He was a co...