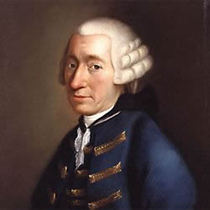 Born Dalquhurn (now part of Renton) Dunbartonshire, Scotland. Poet and author of novels such as The Adventures of Roderick Random and The Adventures of Peregrine Pickle which supposedly influenced Charles Dickens. Died near Livorno, Tuscany.

A London Inheritance says that the Smollets moved from Central London to Chelsea house for the health of their daughter but when she died, of tuberculosis, they moved away.

This section lists the memorials where the subject on this page is commemorated:
Tobias George Smollett

Chelsea china was manufactured in a house at the north end of Lawrence Street...

Novelist and poet. Born at 73 High Street, Portsmouth, Hampshire. As a writer...