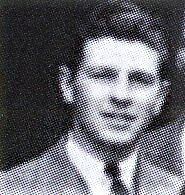 According to the American Air Museum in Britain website he joined the Royal Air Force Volunteer Reserve, flying Hawker Hurricane aeroplanes with No.257 Squadron and undertook his first combat operation in November 1941. Along with other Americans he was then posted as a Pilot Officer to join No.133 (Eagle) Squadron, flying Supermarine Spitfires, transferring in September 1942 as a Lieutenant into the United States Army Air Force's 336th Fighter Squadron. He flew over 70 combat missions in both the European and Mediterranean theatres of operations, being awarded both the European-African-Middle Eastern Campaign Medal and the World War II Victory Medal.

This section lists the memorials where the subject on this page is commemorated:
Stephen Henry Crowe

Marshal of the RAF.  Born Hungerford.  Served in WWI first as a motorcycle de...