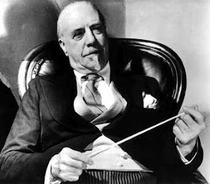 Composer. His early life is sketchy. His first known appointment was in 1532 ...

Keyboard instrumentalist. He played in various bands, before replacing Jimmy ...