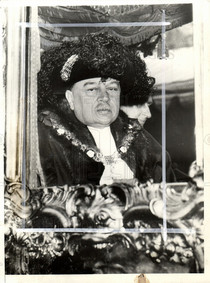 Lord Mayor of London 1934-5. From the Fanmakers: "elected Lord Mayor in 1934 (George V’s Silver Jubilee year), having previously been Master of the Fan Makers in 1917, and Sheriff in 1922; in 1927 he was elected Alderman. He started life as an office boy and became a stockbroker, writing The Work of the Stock Exchange, and Stock Exchange Accounts. Widely travelled, he was an authority on Argentina, writing The Manual of Argentine Railways. He was also the first President of the Fan Makers’ Golfing Society in 1932."

Can anyone explain why the "Fan Makers's Golfing Society" is so funny?

This section lists the memorials created by the subject on this page:
Sir Stephen Henry Molyneux Killik