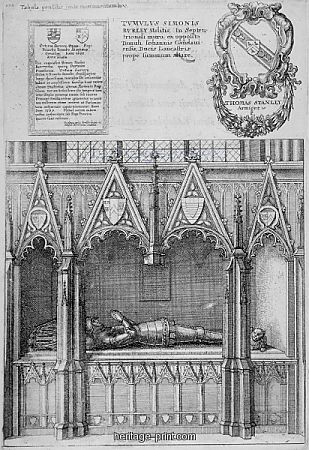 Soldier and then tutor to Prince Richard who would become Richard II. Burley stayed close to Richard, arranging his marriage for him. Burley had great influence over the king, which was resented by others, especially the financial consequences. Against the king's wishes Burley and others were executed, Burley by decapitation on Tower Hill.

The picture is supposed to show his tomb in old St Pauls church but this is conttadicted by the ODNB which says that in 1392 King Richard and old John of Gaunt built a tomb in the abbey church of St Mary Graces, London.  Perhaps the tomb was moved.

This section lists the memorials where the subject on this page is commemorated:
Sir Simon de Burley 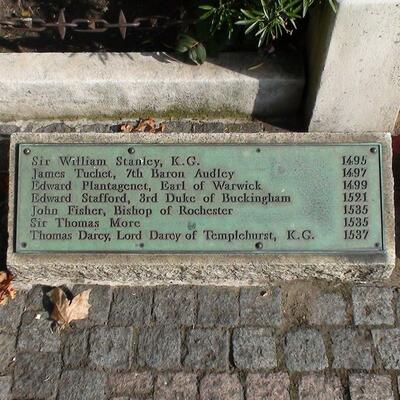 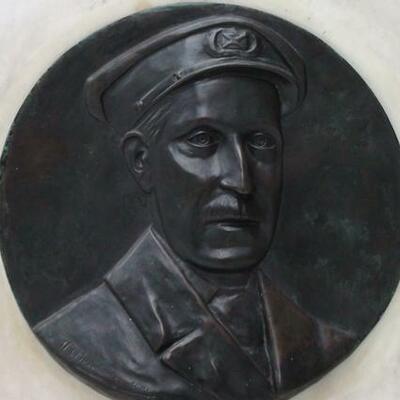 Master mariner.  Born Southampton.  From Hellfire Corner : Captain of the Great Eastern Railway Company's steamer Brussels, he in utter defiance of the Germans continued to work the Rotterdam-Briti... 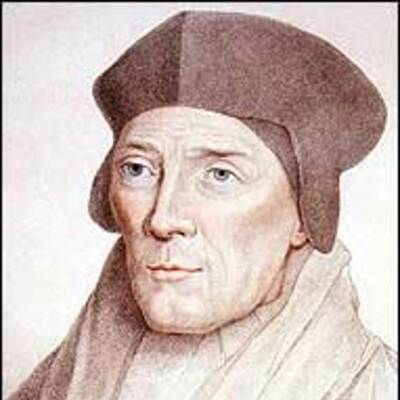