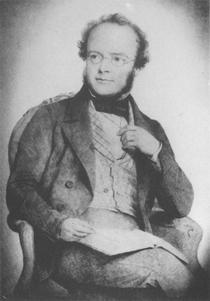 Civil engineer and palaeontologist. FRS. Born Suffolk. Proby was his mother's maiden name. 1819 went to India as a commissioned second lieutenant. Apart from a few years his work there was mainly engineering in nature rather than military. While there he developed a strong interest in geology and, together with Hugh Falconer, made a large collection of fossils which they gave to the British Museum. Cautley married while in India and had a son. For health reasons his wife and son returned to England while Cautley worked on the Ganges Canal. After two years he joined his family in London in 1845 only to discover that his wife was having an affair and, 9 months later produced twins. This must have been a nasty time for Cautley: his own son died in 1846 while he was laboriously and publicly divorcing his wife. 1865 he remarried and 1868 retired to a large house, The Avenue, at Sydenham Park, where he died.

This section lists the memorials where the subject on this page is commemorated:
Sir Proby Cautley

Civil Engineer. Born in Bristol.  He designed the first Hammersmith Bridge an...

Ship-owner and philanthropist. Probably born in the family house in Blackwall...

Andrew Behan found this company, still existing  in 1961. It was an engineeri...