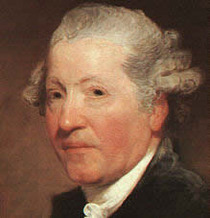 Comic artist and illustrator. Born in Finsbury Park. He started his career as...