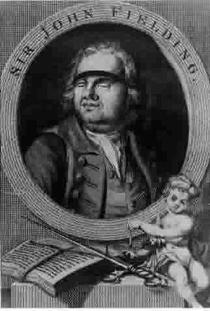 Magistrate.
Probably born in Blenheim Street, St James's. Lived in Bow Street. Blinded in 1740 by a negligent surgeon. 14 years younger than his half-brother Henry Fielding, he followed in his footsteps: became a justice of the peace, succeeded Henry as court justice, and moved into the house and office at Bow Street vacated by Henry, where he lived for most of the rest of his life. He continued Henry's pioneering work with the police force. Died at his house, Brompton Place, at the junction of Cromwell Lane and Brompton Park Lane.

This section lists the memorials where the subject on this page is commemorated:
Sir John Fielding

Stated mission: "To serve equally our members, our profession and the public ...