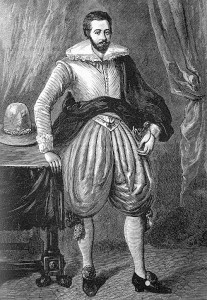 Sea captain. Looking for a trade route, the North-East Passage, a 3 ship expedition set sail, from Harwich, with Willoughby in charge and captain of the 'Bona Esperanza'. The Esperanza and the 'Bona Confidentia' were separated from the third ship, the 'Edward Bonaventure' captained by Stephen Borough and carrying the chief pilot, Richard Chancellor. The two lost ships got no further than an area near Murmansk where the bodies were found by Russian fishermen many months later. The precise cause of their demise is not known.

This section lists the memorials where the subject on this page is commemorated:
Sir Hugh Willoughby

This tablet is in memory of Sir Hugh Willoughby, Stephen Borough, William Bor...

Prince. Born in Porto, Portugal. Son of King John I of Portugal and Philippa ...