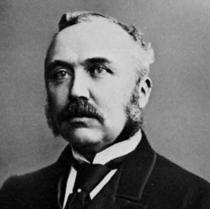 Politician and Prime Minister. Born at Kelvinside, Glasgow. He entered parliament in 1868, becoming leader of the Liberal party in 1899 and Prime Minister from 1905 to 1908. His was the last Liberal government with an overall majority. He introduced free school meals and state pensions and became known as 'Britain's first and only radical Prime Minister'. With his health declining, he resigned as Prime Minister, but continued to live at 10 Downing Street, where he died.

This section lists the memorials where the subject on this page is commemorated:
Sir Henry Campbell-Bannerman