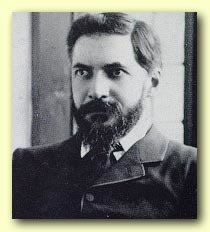 Archaeologist specialising in Egypt. Born Charlton, near Greenwich.  His maternal grandfather was Captain Matthew Flinders.  Petrie was a self-taught surveyor with minimal university education. Started with a fascination with Stonehenge and then moved on to the pyramids. He brought a mathematical approach to archaeology and recognised the way in which history is laid down in layers and how pottery styles can be used to date the layers.  Worked in Palestine when the controls on archaeology in Egypt became too strict for his liking.  Died Jerusalem.

1896 he married Hilda, 18 years his junior.  For many years she joined him on all his expeditions and worked on the digs herself.   She had a dread of pregnancy but eventually, 7 years after marrying, produced two children.  Her involvement in archaeology was greatly reduced after that.

Petrie left his brain to research.  This resulted in his head not being buried in Jerusalem with the rest of his body.  When the war ended, 3 years after his death, Hilda flew the head back to England, in a hat box on her lap and it is now held by the Royal College of Surgeons, but not on display in their, already sufficiently creepy, Hunterian Museum.  The brain has never been examined.

This section lists the memorials where the subject on this page is commemorated:
Sir Flinders Petrie

Fashion designer and dress historian, who brought the history of fashion to b...

The memorial has been maintained by the Submariners' Old Comrades, London.