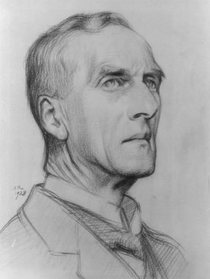 Physiologist and anthropologist. Born Aberdeenshire. Trained as a doctor and practiced in Siam but returned to become an academic and researched in the fields of anatomy, physiology, palaeontology and anthropology. After his wife's death he moved to Downe, Kent, near Darwin's house, which he campaigned to preserve.

In 1938 he unveiled a memorial to the Piltdown Man, a supposed important human fossil find which was revealed as a hoax in 1953. Keith himself has been fingered as one of the forgers but the case is still open with at least 6 suspects, another of which is Arthur Conan Doyle. When he was told of the hoax Keith's response was shock: "... it upset him terribly. Particularly, he was upset by the thought that Dawson could have deceived him in this way and said to those who had gone to tell him about all this that it would take him some while to get used to it all." From UCLA.

This section lists the memorials where the subject on this page is commemorated:
Sir Arthur Keith

Psychoanalyst and pioneer of child analysis.  Born with the surname Reizes in...

Born Dublin shortly before her parents moved to London. 1929 the family moved...