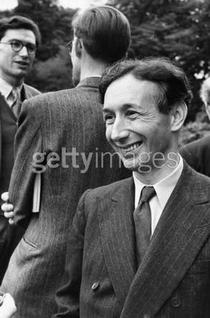 Philosopher professor. Born Neville Court, Abbey Road. Married 4 times, twice to the same woman. At one stage he rejected atheism on the grounds that any discussion about religion was meaningless. Later he accepted that he was an atheist but then, shortly before his death, he had a near-death experience (well-named since he was) which seems to have very slightly dented his convictions. Died University College Hospital.

This section lists the memorials where the subject on this page is commemorated:
Sir Alfred Ayer