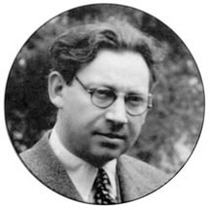 Film producer. Born Sandor Kellner in Hungary. In 1933 had a big success with "The Private Life of Henry VIII" starring Charles Laughton and Elsa Lanchester.

There is an interesting story about Korda and the early days of BBC television. It seems that the BBC made an experimental film of ‘The Scarlet Pimpernel’ by putting a camera in front of a TV monitor while their own live production was broadcast. The date is uncertain, pre-war or post-war, but Korda, who had produced the 1934 film ‘The Scarlet Pimpernel’ got to hear about it and objected claiming that the BBC had infringed his mechanical copyright. He insisted that the BBC burn the film. He also insisted on a film being made of the burning and sent to him. And this was done, at Alexandra Palace. Trouble with this story is, the BBC accounts show no record of a production of the Scarlet Pimpernel. Someone needs to rummage through the Korda archives looking for a film of a big bonfire on a hill.

From an Ian Jack article in the Guardian we learn that Korda was a good friend of Winston Churchill. The 1939 "The Four Feathers" was one of Churchill's favourite films and apparently he always cried when Nelson died in the 1937 "Lady Hamilton". They had a business relationship too. Churchill wrote two screenplays for Korda but sadly they were never produced. Korda paid Churchill a large sum of money for the rights to film "A History of the English Speaking People" but this too never made it to the screen. In 1942 Korda was knighted - the first film producer or director to be so honoured.

This section lists the memorials where the subject on this page is commemorated:
Sir Alexander Korda

Actor. Born Reginald Alfred Varney in Canning Town. He appeared in the televi...