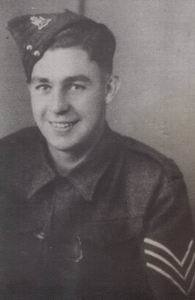 Born Maurice Albert Windham Rogers in Bristol. Enlisted in the Wiltshire Regiment in 1934 at the age of 14. A drummer, he lived at No. 1 Ravenscroft, Bethnal Green. Posthumously awarded the Victoria Cross for outstanding gallantry in Italy during the Second World War, 1939 - 1945. The official citation records that Sgt. Rogers destroyed two enemy machine-gun posts single-handed and was killed at point-blank range while attempting to destroy a third. As a result of Sgt. Rogers' gallantry and devotion to duty the position was carried.

This section lists the memorials where the subject on this page is commemorated:
Sergeant Maurice Rogers, VC

The bronze of the plaque is so dulled that it does not photo well, all except...