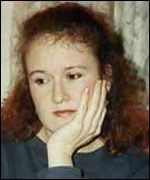 She was born as Sarah Anne Prothero on 26 July 1966 in Oxford, Oxfordshire, a daughter of the Reverend David J. Prothero and Susan E. Prothero née Phillips.

She grew up in Devon and studied at St Cuthbert Mayne School, Torquay and the South Devon College, Paignton.

In June 1998 she married Eric M. Redheffer, an American, in Bath, Somerset and they lived in Marldon, near Paignton.

She was a conference operations manager for the Risk Waters Group and she died, aged 35, on 11 September 2001 whilst organising their conference that was being held in the Windows on the World Restaurant on the 106th Floor, North Tower, 1 World Trade Centre, Manhattan, New York, USA.

This section lists the memorials where the subject on this page is commemorated:
Sarah Anne Redheffer

Initially we could find very little information about the event in which thes...