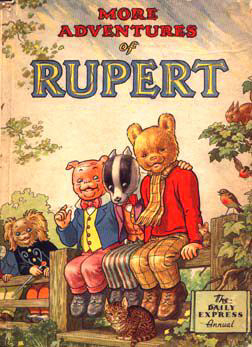 Children's comic strip character. Created by the artist Mary Tourtel. In 1935, when her eyesight started failing the stories and illustrations were taken over by Alfred Bestall. An annual of Rupert's adventures has been published every year since 1935. He has also appeared as an animated cartoon on television, most notably in Paul McCartney's 'Rupert and the Frog Song'. One of his more adult adventures featured prominently in the 1971 Oz Magazine obscenity trial.

This section lists the memorials where the subject on this page is commemorated:
Rupert Bear 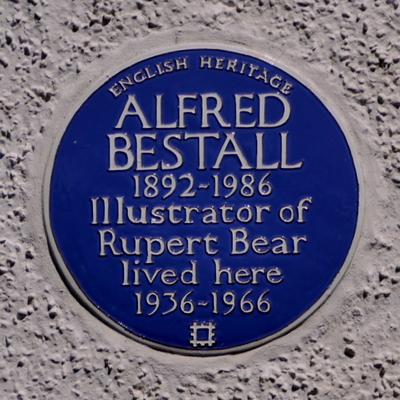 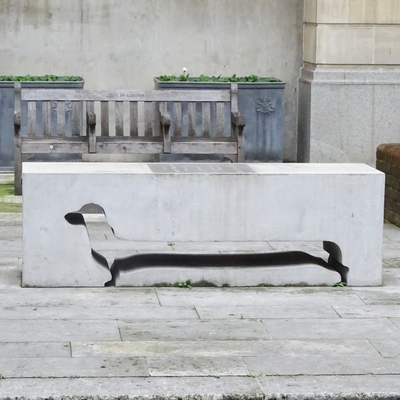 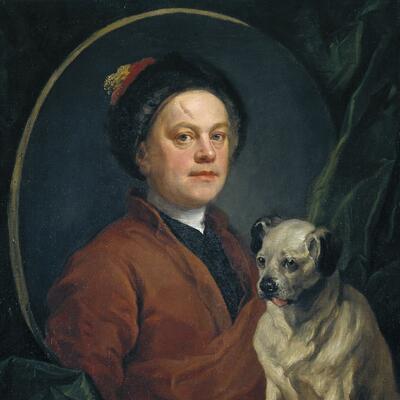 The Picture source, Tate, says, about this William Hogarth self-portrait: "Hogarth’s pug dog, Trump, serves as an emblem of the artist’s own pugnacious character." The sculptor Roubiliac who create... 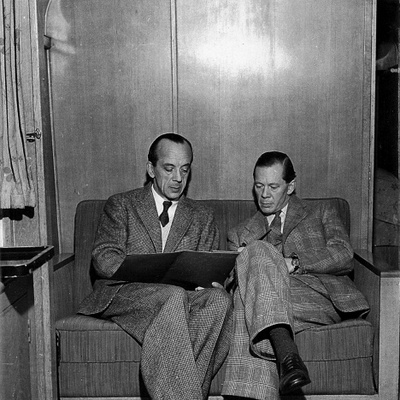 Second son of Bertram.  The picture shows him with his brother, Cyril.  We think Bernard is on the left.  Died at home in London. 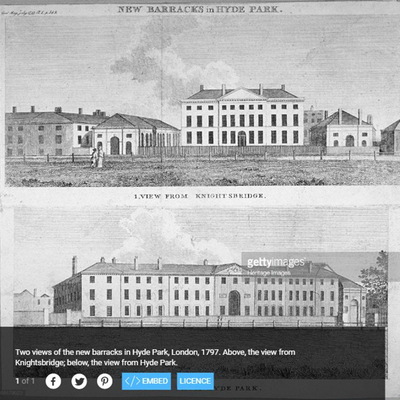