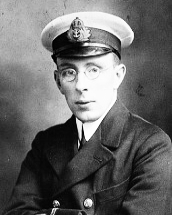 Soldier. Born Rowland Richard Louis in Chelsea. He moved to Canada in 1902 where he worked as a miner and fruit grower before returning to Britain. In 1916 he enlisted in the Royal Naval Volunteer Reserve serving on motor launches. In May 1918 at Ostend, Belgium, after the crew of HMS Vindictive had been taken off, he went into the harbour to check that everybody had got away. After searching and finding no one, he withdrew, but hearing cries from the water he turned back, found an officer and two seamen clinging to an up-turned boat, and rescued them. During this time his motor launch was under very heavy fire and was hit 55 times. He however managed to take the boat into the open sea, and was taken in tow. For his actions he was awarded the Victoria Cross.

This section lists the memorials where the subject on this page is commemorated:
Rowland Bourke, VC

Tetramesh has a 1906 photo of this building showing that there used to be mor...

Killed by the IRA Regent's Park bomb - not killed outright but was mortally w...