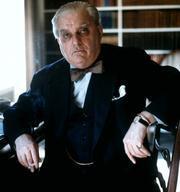 Politician and broadcaster. Born Robert John Graham Boothby at 5 Ainslie Place, Edinburgh. Entered parliament in 1924 and held a couple of minor ministerial posts. He went on to become a well known voice and face on radio and television. Very active bisexually, he had a long term affair with Dorothy, wife of the Prime Minister Harold Macmillan, and became friends with the gangster Ronald Kray, who supplied him with young men. Created a life peer in 1958. He died in Westminster Hospital.

This section lists the memorials where the subject on this page is commemorated:
Robert Boothby

Karnataka is a region in the south west of India.